Chat with us, powered by LiveChat Skip to content

This festive period leaves everyone with a story to tell. Christmas and New Year celebration are the biggest events for many millions of people of all ages living in different parts of the world. And most of us cannot imagine the celebration of these events without an evergreen Christmas tree and ornaments.

Christmas ornament is a simple icon of holiday cheer, but it comes with an obscure history. Thought to have originated in the 16th century Germany, the ornaments were nothing like what we know today. Christmas ornaments are much like the ancient music of Christmas. They were devised not to entertain or to decorate but rather to educate.

Much as the Christmas tree is full of symbolism that teaches the spiritual values so too do ornaments provide lesson of eternal life. The first ornaments were focused on seemingly natural objects: stars trees and plants. These environmental objects were used to teach of life’s purpose and beyond. 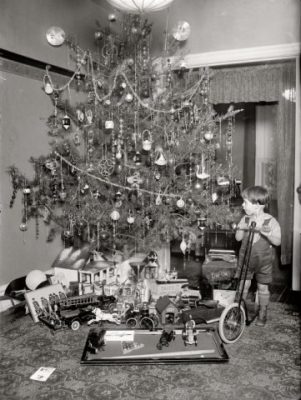 Stars were used to convey the principles of heaven.

Fruits – such as apples – were used to tell the story of Adam and Eve, a story where layers of symbolism teach of man’s relationship to God

Evidence suggests that the practice of adorning the home with evergreen boughs during the winter solstice dates as far back as the ancient Egyptians. The comforting presence of evergreen life offered hope during winter’s cold days and long nights.

Although today’s Christmas ornaments seem somewhat commercial, the tradition of decorating a Christmas tree is said to go back to 16th century Germany. Germans decorated evergreen trees with apples, which are referred to as paradise trees. Paradise trees represented the tree of forbidden fruit in the bible. Later trees were decorated with wafers candles and pastries in the shapes of angels, flowers, hearts, and stars. These traditions spread throughout Europe and Germany. It’s been said that Martin Luther, a 16th century German religious reformer, was the first person to put candles on a Christmas tree. He was inspired to do it after seeing the stars twinkling through evergreen trees. Later decorations included paper streamers and berries.

Later people began to put glass ornaments on their trees. There are two legends when it comes to the creation of glass ornaments. Some say the first glass ornaments were created by a glassblower named Hans Greiner in the 16th century. He couldn’t afford apples to decorate his tree, so he decided to make his own glass fruit.

Glass was included in other decorations as well, like beads. People also started using paper, painted nutshells, and tinsel. Early tinsel was created using real silver, and first appeared in the 1600s.

The tradition of decorating a Christmas tree with glass Christmas ornaments and other Christmas ones was then made known all over the world and now we seem to be very amazed by this wonderful set-out.

The ironic thing of it all is that despite the many changes that have come to ornaments in modern times they have retained their ancient messaging power – they still symbolize and thus they still teach.

Fast forward hundreds of years and today we have everything and anything imaginable. From a wide variety of materials, shapes, sizes, colors, etc. At MyOrnament.com we have noticed the enormous growth in the personalized Christmas ornament selection. We truly have something for everyone but it’s the spirit and gift giving that is most important. Give a gift that will last a lifetime! 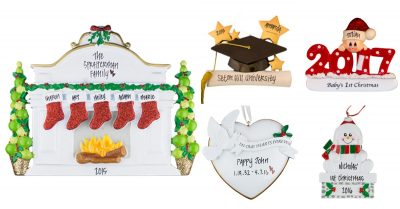